With more than 9 years into the U.S. economic cycle, it is fair to look at the possibility of the end of it. This question has been floating around for quite some time as this cycle is quite extended versus historical data. For example, different indicators were already flashing orange in 2015.

The recent correction in the Equity Market, troubles in Emerging Markets, 75% of the World GDP experiencing an economic slowdown, Central Banks (not all of them though) tightening credit conditions, etc… might be signals that the end of the cycle is near.

As Morgan Stanley did recently, I would like to look at 2 indicators that helped in predicting recent downturns (economic cycle and S&P 500):

The Conference Board Leading Indicator (LEI) and U.S. Consumer Confidence.

The Conference Board Leading Indicator (LEI) is a composite index of 10 supposedly leading indicators like Building Permits or New Orders.

In its report, MS underlines that peak in LEI is leading the next recession by 15 months and the peak in the S&P 500 by 8 months.

As shown below, it worked well in predicting the last 2 market downturns and the end of the economic cycle: 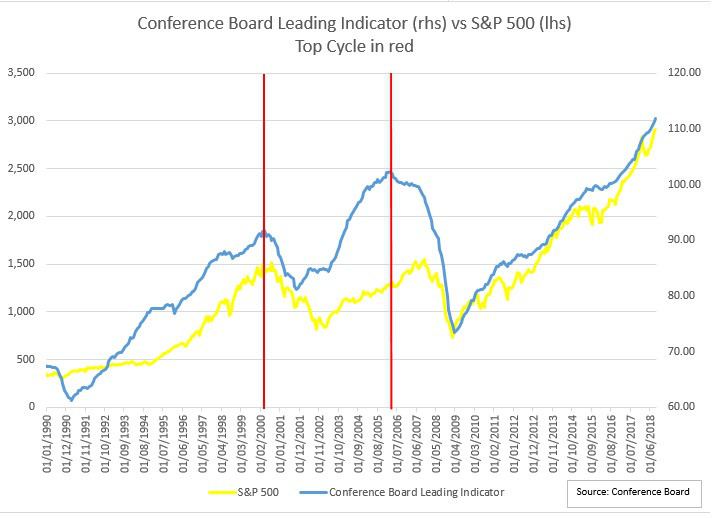 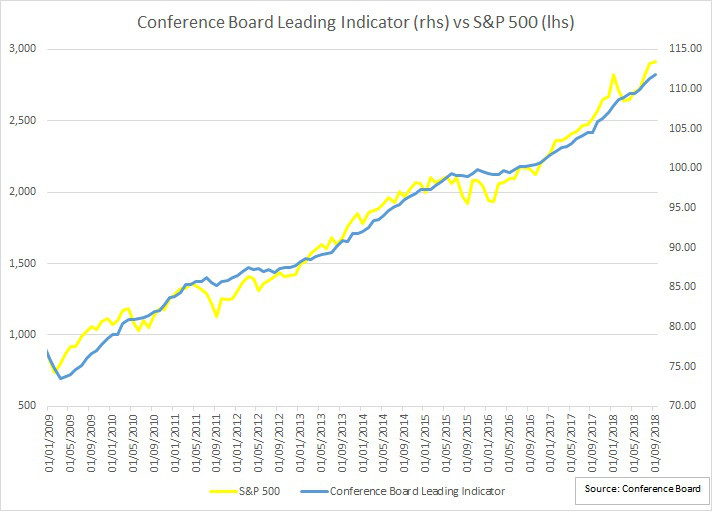 The latest comments from the Conference Board are:

“Economic growth could exceed 3.5 percent in the second half of 2018, but, unless the momentum in housing, orders and stock prices accelerates, that pace is unlikely to be sustained in 2019.”

=> Not sustainable pace means probable lower growth but not necessarily end of cycle.

This index measures the level of optimism/pessimism of U.S. consumers in the economy in the near future.

The findings between the peak in Consumer Confidence and the start of a recession and a downturn in the S&P 500 were very similar to the Conference Board Leading Indicator.

The chart below confirms how Consumer Confidence (Conference Board or University of Michigan) were good indicators in predicting the recent downturns: 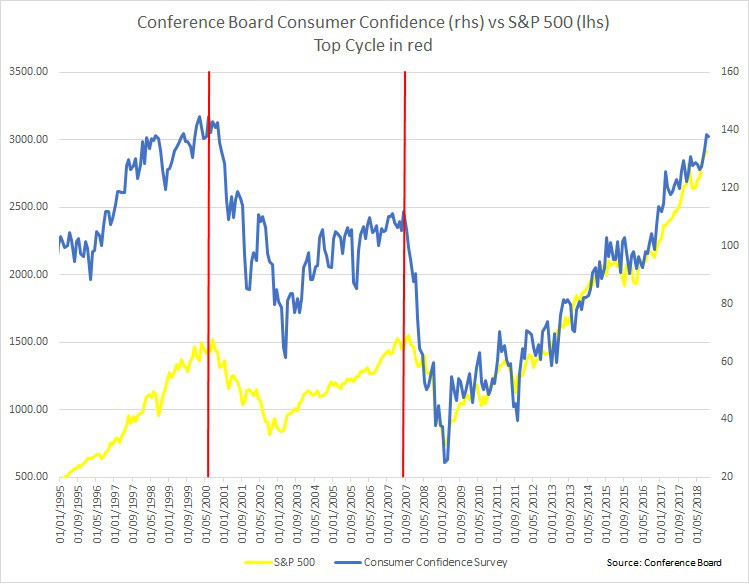 Again graph since 2009 and strong correlation: 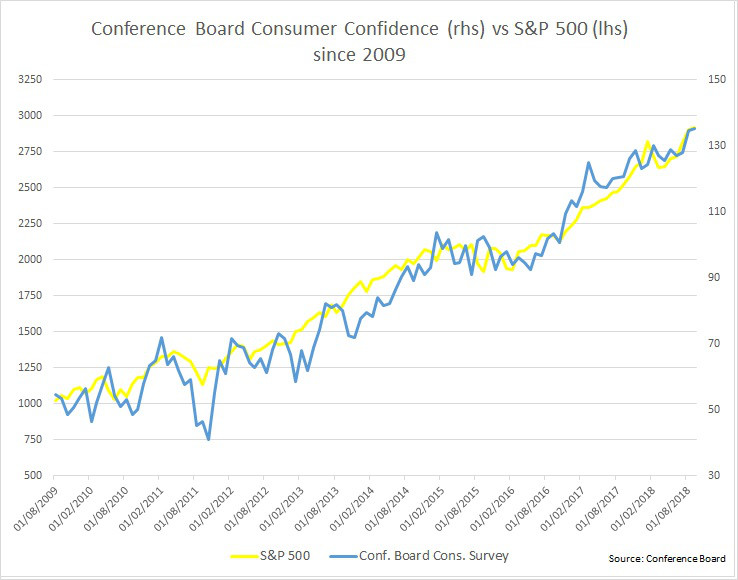 With the recent comments:

“The Expectations Index posted another gain in October, suggesting that consumers do not foresee the economy losing steam anytime soon. Rather, they expect the strong pace of growth to carry over into early 2019.”

Or the following correlation between the University of Michigan Consumer Sentiment Index (UMCSI) Index and the S&P 500: 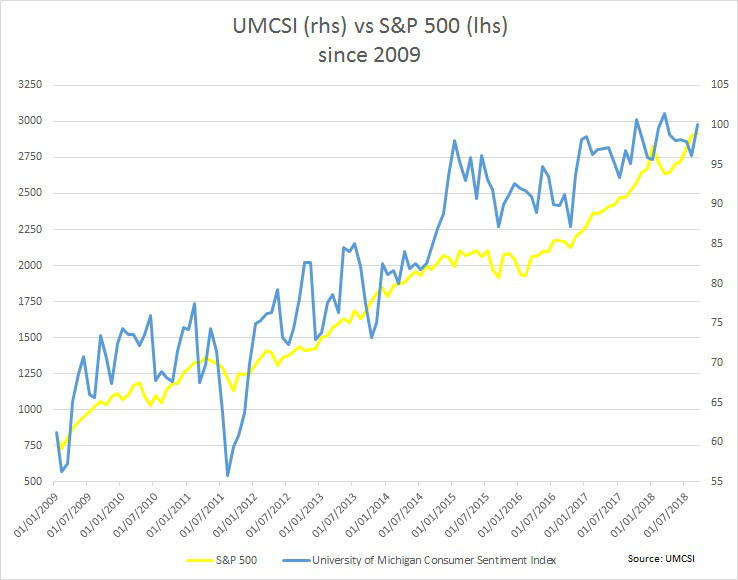 With the following interesting comments:

“The data only indicate that the tipping point toward escalating pessimism has not been reached.”

Through those graphs, we can better visualize the correlations between those indicators and the S&P 500. The same can be said about their abilities in forecasting the most recent economic downturns.

Until recently, those indexes have not experienced reversal. In fact, those data are not yet flashing red. Obviously, they might be peaking but they are still “constructive” (I hate that word though).

Still we need to be careful with those data as they are only part of the big picture and obviously more indicators are needed. On top of that, their abilities to predict the end of the cycle might have been reduced or damaged after the violence of the last downturn in 2008-2009 (specially with consumer confidence).

As always with those indicators, we are facing the same question: Is this time different?