Time for a Pay Rise?

Important Disclaimer: we look at a possible pay rise for U.S. workers in 2019. For any non U.S. reader, please wait a bit before asking for one…

As we are already in November, what really matters for the market is top line and bottom line growths for companies in 2019. 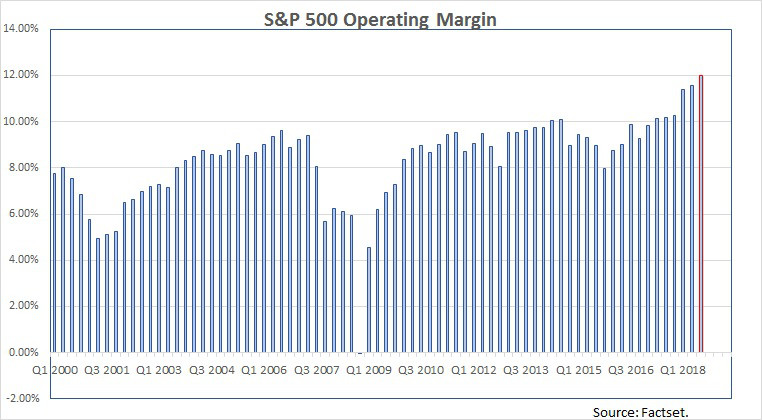 So far, so good: Operating margins are at all time high and expectations are for higher margins in 2019, above or close to 12%.

That is for the Unemployment Rate: 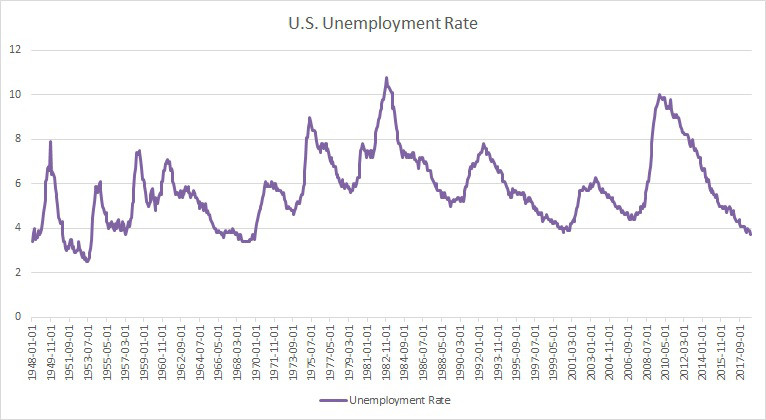 Same here: so far so good.

With Unemployment Rate at 3.7%, it is fair to say that we are very close to the natural rate of unemployment. From here, we can go to ~3% but hard to get much lower.

However, some will argue that Unemployment Rate should be taken with a pinch of salt as Participation Rate is down 3-4 points over the last 10 years => for example, could the job market be facing new entrants who were sitting so far on the sidelines? 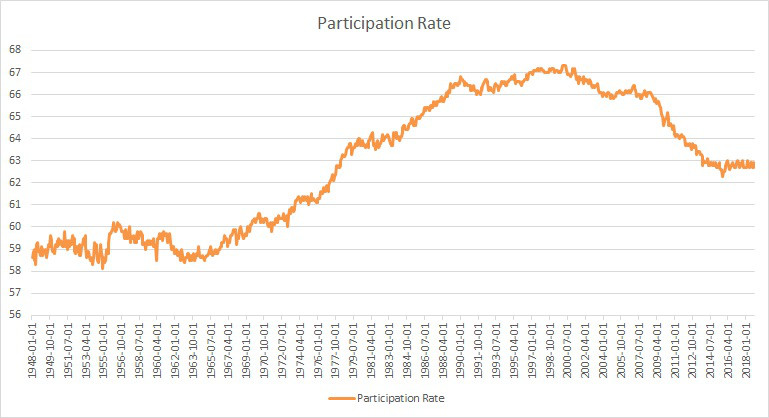 Now, looking at the chart below, the rise in wages were so far already limited and not entirely following the Unemployment Rate slope. As just discussed, some explanations were found in the Participation Rate, Temp jobs vs Permanent Jobs (more precarious), high skilled jobs vs low skilled jobs… Meaning that the Phillips Curve was working but obviously not perfectly. 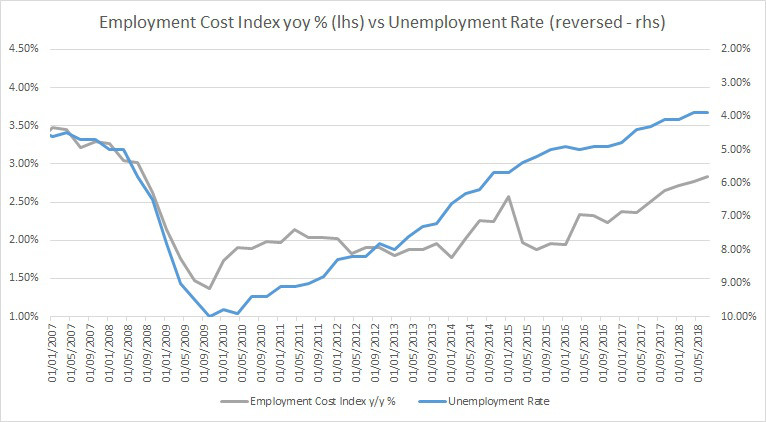 But recent developments have shown that wages are now starting to increase and could catch up.

In fact, the following charts show how wages will probably raise in the near future:

As small businesses employ more than 50% of the workforce in the U.S. it is worth listening to what they say and what they forecast. Since 2009, 62% of all private sector jobs were created by small businesses (up to 500 employees).

The NFIB Compensation Plans represent the Hiring Plans = Net percent (increase minus decrease) in the next 3 months.

In the last monthly NFIP report, we had the following comments: “A record net 37 percent of owners reported raising overall compensation, as reported in last week’s NFIB monthly jobs report.” 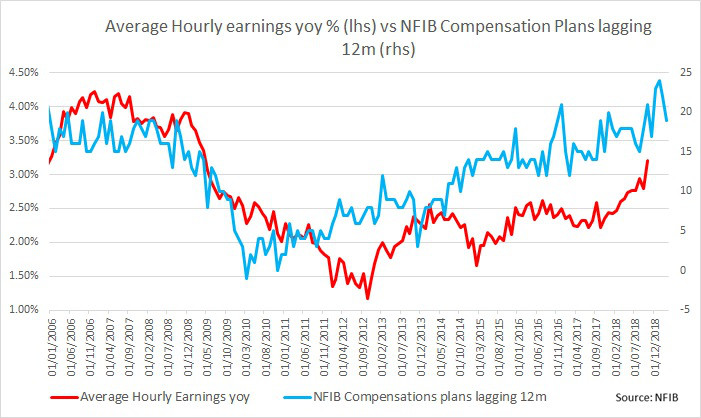 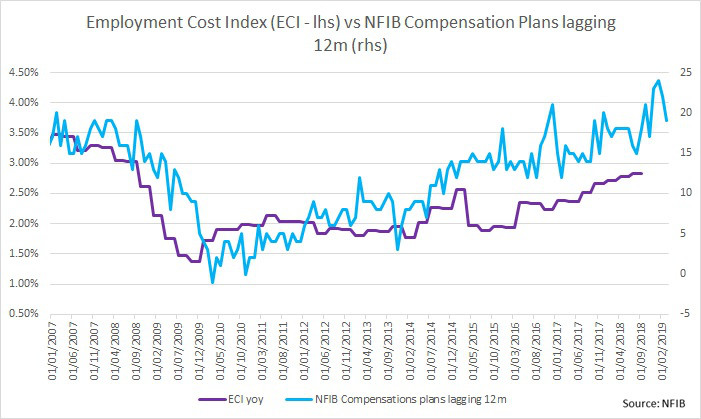 Same conclusion here: wages are increasing and should continue to increase at a faster pace in 2019. 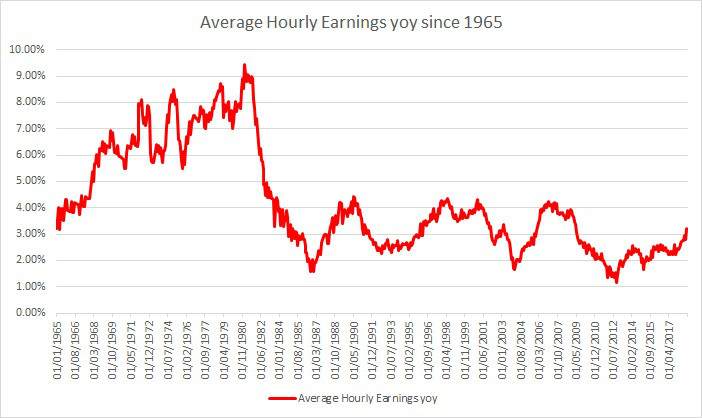 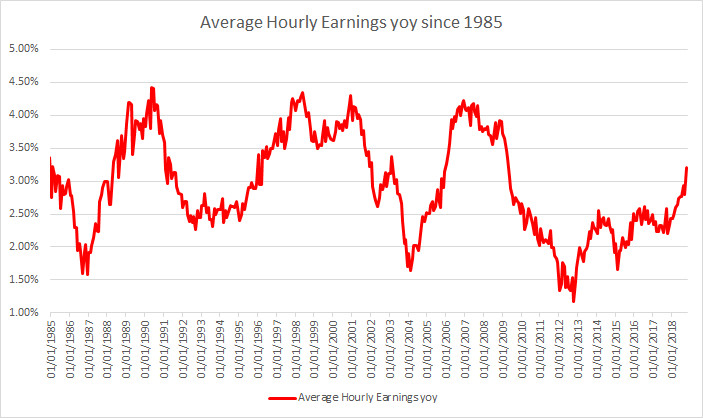 To conclude, even if wages are not facing uncontrolled rise, they are on the way up and the strength of the U.S. Job Market should reinforce this trend in the following months.

As the last earnings season showed, U.S. companies like Colgate, Procter and Gamble, Kraft, etc… are facing rising costs. Wage increase is one of them.

How those rise will affect earnings margins (hence earnings) is one of the big questions for the stock market in 2019.