Back in March, I tweeted about the VIX and the number of days it was above 16 year to date. 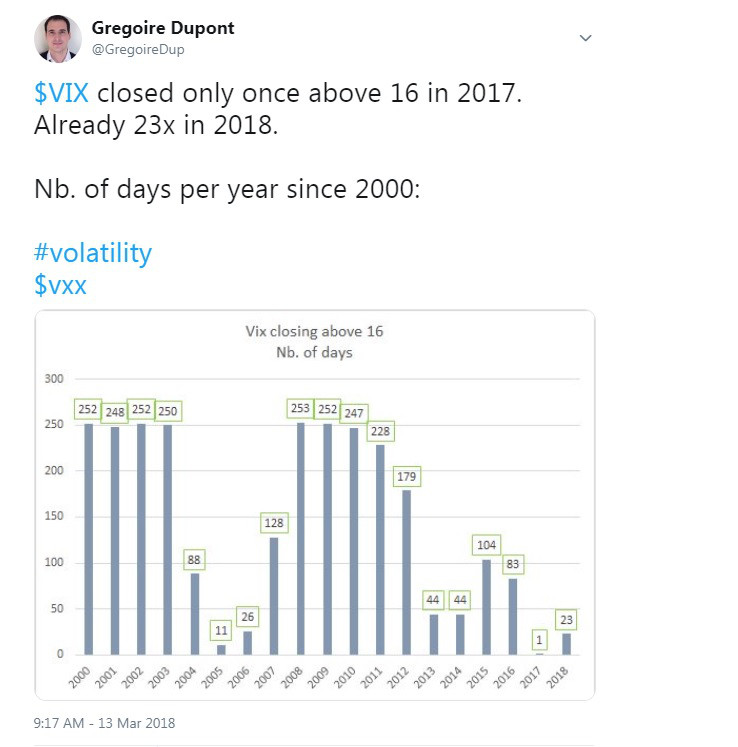 What is the VIX?
The VIX represents one standard deviation of the market’s estimation of changes in the price of the S&P500 during the next 30 days.

Why did I choose 16 on the VIX?
Because that is roughly the equivalent of a daily volatility of 1% (happening 68.2% of the time or one standard deviation). Easy to understand and easy to remember!

This same chart shows how we experienced very low volatility in 2017 with ONLY 1 close above 16. Yes you read that correctly: Only one close above 16 in 2017.

Update now of the same chart with another 48 trading days in 2018:

With the VIX averaging 19.30 since its creation in January 1993 and 17.31 as median, it might be the confirmation that the last 18 months were just too quiet and a new cycle might be coming.